A VIRTUAL TOUR OF ST. MICHAEL'S CHURCHYARD - MONUMENTS AND MEMORIALS

St. Michael's  churchyard is very old. Allegedly it is one of the five ancient burial sites that were consecrated by St. Augustine in the seventh century (the others being Glastonbury, Canterbury, Lindisfarne and York) and a place of solitude for St. Chad when he was Bishop of Lichfield. Unfortunately, there is not a shred of hard historical evidence for either of these assertions, but they are tales worth telling.  Nonetheless it was certainly used in Anglo-Saxon times and a crouched burial, probably of that period or earlier, was found when the church was extended in the 1970s. Throughout the middle ages it was used by local farmers to graze their sheep and cattle and could have been a place where stock was over-wintered before moving out to far flung summer pastures. By 1801 it was custom that only parishioners living in the Greenhill area had the right of pasture and that only sheep should graze the site as cattle were causing damage and desecration of the Churchyard. In the 1970s, many of the gravestones were moved into groups to facilitate maintenance of the old, closed churchyard in the vicinity of the church. Over the years since then this area has become a haven for wildlife, including woodpeckers, foxes, lichen on gravestones and tree branches, fungi, mosses, spiders and insects such as moths, butterflies and grasshoppers. There are over 500 trees, both deciduous and evergreen, with some rarities such as the Japanese Cork Tree and the Oregon Maple. Most of the common British tree species are present. The Churchyard is also noted for its fine display of snowdrops in the early months of the year, followed by crocus, daffodil, bluebell and wild garlic as the Spring arrives, with cow parsley lining the paths in early summer. 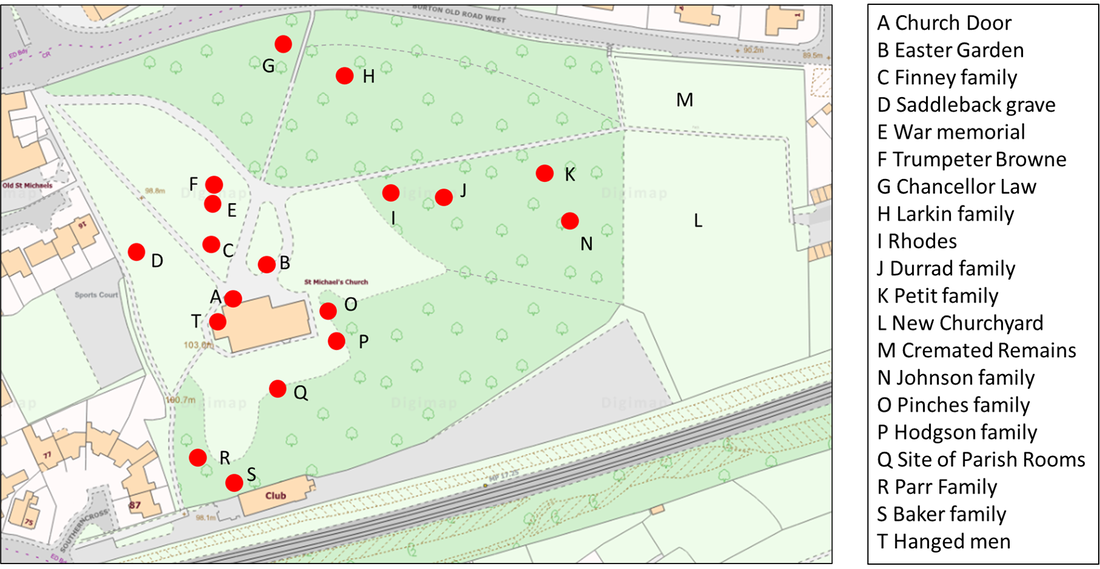